NAZDAQ: Our journey from writing reports for ERP users to providing tools for users to write their own reports

HomeNAZDAQ: Our journey from writing reports for ERP users to providing tools for users to write their own reports

I met an old friend on a flight last week. The last time we saw each other was 18 years ago. By then, he was the IT manager of a subsidiary of an international company, and NAZDAQ was on a one-year consulting job for them.

We were both very surprised yet happy to see each other after such a long time. Since then, he has become the general manager of the subsidiary/ site where he has worked for almost 30 years, while I abandoned ERP consulting and concentrated on building our line of products. It was thrilling to hear that he has climbed the ladder all the way to the top, as he is such a great guy: sharp, detail-oriented, kind, humble, and teachable. However, what made me even happier was to see that somebody with an IT background could reach the highest post in a medical device company.

He fondly spoke about NAZDAQ’s assignment with them back in 2000-2001. He reminded me that we were brought in after implementing the Baan ERP system in a very successful project. They had all conversations and processes in place but had an extensive and urgent need for getting reporting out of the system.

NAZDAQ spent almost one year writing reports for them at both the operational and management levels. It was a long year where we wrote hundreds of reports. I spoke to the key users and wrote specs while my colleague Moheeb Qupty coded the reports quickly in his magnificent skills. With every report delivered, I would see sparkles in users’ eyes when they finally see their data presented the way they like it to be.

After the flight, I arrived home happy at the thought of these old days. Thinking about the present, almost two decades later, we are still solving the same reporting problem: Great ERP system, processes in place, lots of data, but no easy way to get reporting out of the system. In the past, NAZDAQ wrote the reports, whereas now, NAZDAQ provides a complete platform (B2Win Suite) that allows business users to create their own reports with easy, drag-and-drop tools, thanks to our visual query builder, which requires no SQL programming knowledge and with almost zero IT dependency. It also provides an elegant way for end users to generate reports in a controlled and secure environment.

In other words, we used to give fish to ERP users, but now we give them nets so that they can get their own fish.

Every day, NAZDAQ helps thousands of users get accurate data from their ERP systems, the same way Moheeb and I did this the year after Y2K. 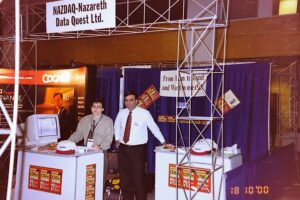 The only thing I miss from the old days of writing and delivering reports to end-users is the joy these reports bring to users and the looks on their faces when they see the reports for the time. Right now, the people bringing the good news to the ERP users are the power-users who work with NAZDAQ’s tools, namely B2Win Suite. That’s why IT people that oversee B2Win Suite are usually happy people.

It is a privilege and honor for us to hear one of our customers—an IT expert at a company that makes high-speed cars—saying, “We use B2Win more than we use our ERP system.” Or hearing another customer expressing how comfortable and acquainted they feel with our product, to the extent that it penetrated their daily lexicon, saying sentences like “we b2win reports all the time” and “we make reports b2winable”…

Such testimonials push us to keep advancing our solutions and help our customers reach a WIN situation in their various fields! 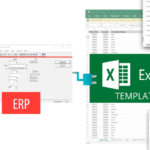 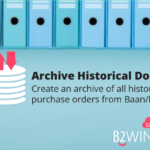 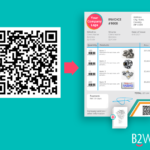 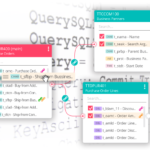 The challenge of extracting data from Baan and Infor LN database
June 28, 2021 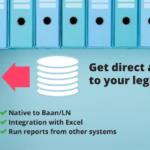 Accessing historical data in Baan after migrating to a new ERP system
June 24, 2021
Company
Customers
Products
Blog
Support
Contact us
Follow us on